Powdered Household Cleansers: What’s The Deal with Those, Anyway? 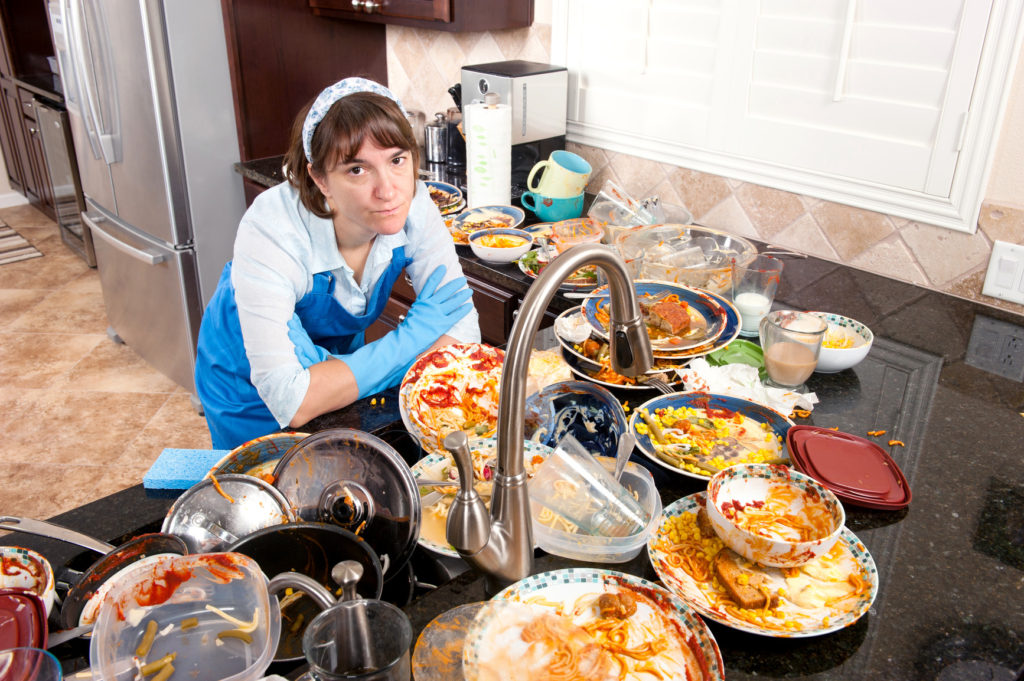 As a young millennial settling into your first real home or apartment not shared with several roommates, you’d probably like to keep your new spot a little cleaner than say, your college dorm. You’ve also probably got nicer clothes than the latest from Forever 21 you lived in during your younger years and wanted them to last longer than two wash cycles. But figuring out what cleaning and laundry products can be tricky; especially with things like security deposits and pricey wardrobes on the line, it can make you a little more risk-averse. But how do you figure out what products are game changers, and which ones should stay on the grocery store shelf? Never fear, Wash n’ Go Laundry has tested four products that have proven their power through the years, without much change to their formula. Two of them are also earth-friendly, which is a huge bonus for those who want to reduce their carbon footprint! The products that have been labeled as laundry boosters and household cleaners have been tested in both capacities, while the ones marked as house cleaners were only tested in that regard. Both laundry additives were used in conjunction with Trader Joe’s brand laundry detergent. These reviews were not paid for or sponsored in any way.

Scientifically known as Sodium Carbonate, washing soda comes from the ashes of plants that grow in sodium-rich soil. Its everyday use is as a water softener, which makes it perfect for laundry, especially if you want softer clothing without using dryer sheets or liquid fabric softener. This was used on towels, jeans, and cotton t-shirts.

Brightening: When used on white cotton t-shirts, the shirts came out clean, but not necessarily brighter. A dark foundation stain on one of the collars was completely removed, but as the shirts were a little aged already, they weren’t brightened much.

Softening: Wow, I am completely blown away by how soft my jeans were when they came out of the dryer. They weren’t terribly stiff, to begin with, but putting them on after washing this stuff made them rival my favorite pair of leggings. Cotton t-shirts were soft as well, and towels came out very soft and fluffy.

Household Cleaning: This cleaner is a little weird to work with as a household cleaner. With a thin layer of about 1 and a half cups sprinkled in the bathtub, this cleaner formed a sort of crust when moistened, and I had to use the sponge to break it up to scrub. It cleaned the tub well but is hard to move around with the sponge. In my opinion, the result was good, but not worth the amount of muscle it took to get the darn stuff up. Rinsing was also a hassle, due to the aforementioned crusting. The crust would break up, and form chunky pockets in the corners of the tub, instead of easily going down the drain.

Borax, or Sodium Borate, is also used as a water softener, and interesting side note, it was hauled through California in the late 1800’s by an actual 20 mule team! It is a naturally occurring substance that comes from Death Valley, California. It also had it’s television show in the 1940’s, so this stuff is pretty famous! But does it live up to the surrounding hype?

Cleaning Power: When used in conjunction with Trader Joe’s Brand Laundry detergent, this stuff delivered. Used on white cotton t-shirts, jeans, and towels, all three came out stain free. A Crayola Marker stain on the pocket of the jeans was removed without pre-treating.

Brightening: White cotton t-shirts and towels (yellow and pink) were both brightened, without the use of bleach, color safe or otherwise. The shirts are about three years old, and the towels, about 4.

Softening: All clothing came out of the dryer extremely soft, and towels were fluffed almost as much as when they were first purchased.
Household cleaning; After cleaning the tub with the Washing Soda, I waited two weeks to be able to clean the tub again, this time with 20 Mule Team. This product was easier to work with concerning scrubbing and moving the powder around once wet, however, it did not yield the same results concerning cleaning the tub. It did eventually get clean, but it took much more time, and more product (nearly 3 cups) to get the same results as the Washing Soda. It’s worth mentioning that rinsing was much easier than with the Washing Soda.

3.) Bar Keeper’s Friend Cleanser and Polish (Purchased at Target for $1.94)

I originally wanted to try this product, because I remember my parents using it around the house when I was younger. It’s the main ingredient is oxalic acid, which is commonly found in spinach and cruciferous vegetables. This cleaner is described as being for use “to remove tarnish, deposits, residues, and stains from most non-porous, hard surfaces.” For this review, I’ve tested it in the bathtub, one week after cleaning it with the Borax, and on the stovetop, after making a stir fry, and a red sauce pasta dinner, both relatively messy projects (at least when I’m the one cooking it.)

In the bathtub: A small amount of this was needed, to yield great results. This product got the tub cleaner than both the Washing Soda and the Borax. It also was gentle enough to use on glass shower doors without scratches, as well as removing grime from tile grout. An all around powerhouse in the shower and bath.

On the stovetop: I sprinkled some of this on a sponge, sprayed it with a little water, and went to work. I cleaned half of the stove and saved the other half to wash with another cleanser. Bar Keeper’s Friend got the stains and grease out without a whole lot of effort on my part. It left no residue, and burned on food was removed pretty easily. About two tablespoons got the job done for me.

I remember Saturday morning chores at home when I was younger, and there always being a can of this under the sink to clean the bathroom with. My grandmother used it too, so I wanted to revisit it and see if this stuff was good enough to use in the family for three generations. I used it to clean the other side of the stovetop, as well as the sink after washing the dishes used to cook the stir-fry and the pasta. Both the bathtub and the sink are made of porcelain.

On the Stovetop: This got much sudsier, and a little messier as it turns blue when exposed to water. It turns back to white as it dries. It cleaned well but took a little extra rinsing as opposed to the Bar Keeper’s Friend. The smell, while familiar, was also a little strong for my liking.

In the Sink: Used with a sponge, and later, a long handled scrubbing brush, this got all the grime and food particles/ stains out of the sink and made the garbage disposal smell much better too. It left no residue and was easy to rinse with steady running water. I can see why both my mother and grandmother used this regularly.

So there you have it folks, four powder cleansers that our grandparents have probably used at some point, which are still pretty powerful cleaners today! The Borax and the Washing Soda are both eco-friendly, so if you’re interested in cleaning consciously, these two are the way to go. And the best part is, none of these products cost more than $5 at your local Target or Walmart. No more pricey cleaning products, the Borax and the Washing Soda come in 3-4 pound boxes, and a little goes a long way. The Bar Keeper’s Friend and Ajax come in 21-ounce cans, and neither costs more than two dollars at Target or Home Depot. (The Ajax was less than $1.00!) But don’t just take our word for this, try them out for yourselves! Let us know what you think in the comments. Happy scrubbing!